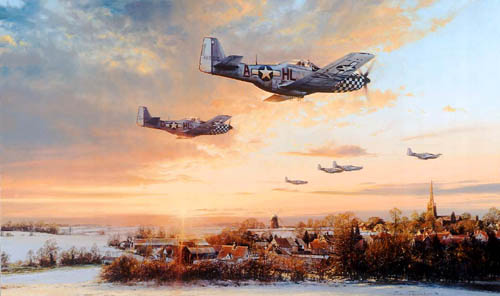 Flying low over the picturesque village of Thaxted,in the cold winter of 1944-45, the P-51D Mustangs of the 78th Fighter Group return to Duxford after a tiring eight hour escort mission. With dusk approaching, low on fuel, the fighters have about 20 miles to run. Catching the festive mood, the pilots have dropped to tree-top height to take in the spectacular countryside as they scurry back to base and some well-earned celebrations.